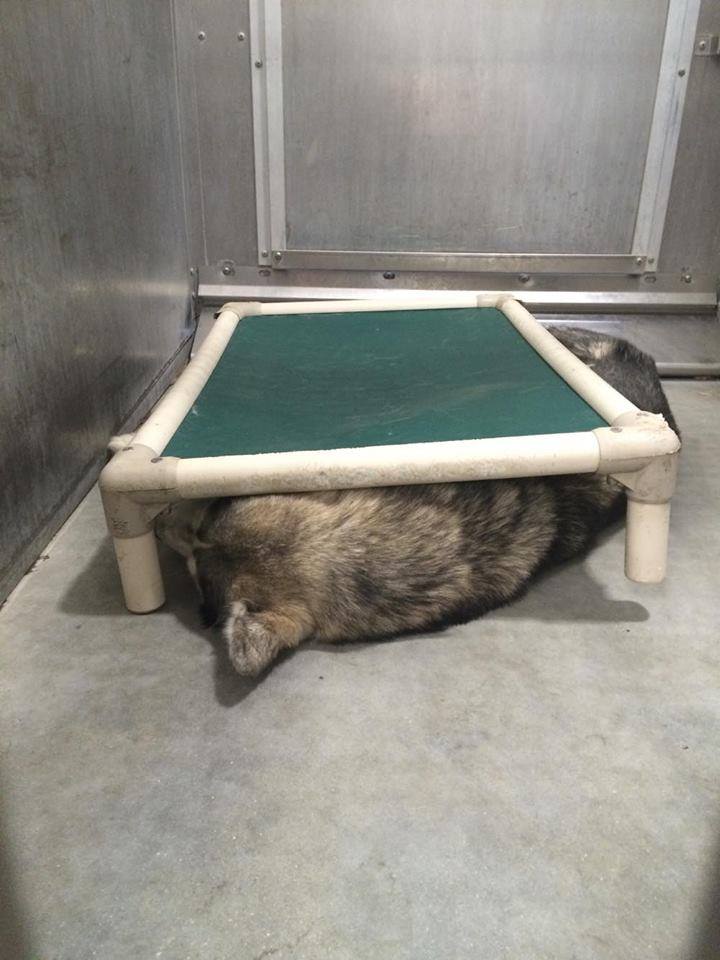 A handsome young Husky, just two years of age, is urgently in need of a knowledgeable, reputable rescue agency to take him in. The dog, ID#A4969743, is not doing well at the Los Angeles County Animal Services – Lancaster – facility in California.

A photo was captured of the young dog inside of his kennel run – the dog appears to be hiding beneath is bed…trying to shut out the chaos, sound and fear which surrounds him. Getting through to the animal services facility on a Sunday afternoon is difficult, if not impossible – notes on this dog’s social media thread indicate that he has failed the food aggression portion of his temperament test and he is labeled as “rescue only” as a result.

Dogs deemed aggressive, even if they are reacting out of sheer terror because of their current situation, are in grave danger of being put down. Please take a moment to network this frightened dog’s information and help his adoption profile make its way to a reputable rescue agency which may be able to help