In a video posted on Facebook showing a crowd of people at a shopping mall in Taylor, Michigan, Good Samaritans and security personnel came to the rescue of two tiny puppies left locked in a stifling hot vehicle on Friday evening, reported FoxNews. 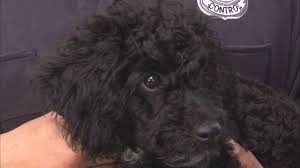 As the mall shoppers at Southland Center Mall waited for police to show up for more than an hour, one man felt it was too serious of a situation as the four-month-old poodles panted heavily in the vehicle. The good Samaritan grabbed a golf club and broke the window. The dehydrated puppies were immediately removed and given water and cooled down. Lenny Hall, the director of Taylor Animal Control, now has custody of the puppies. They have since been named Mister and Sassy. 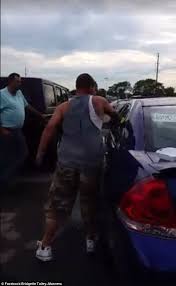 The woman supposedly caring for the puppies was arrested. She had been inside of the mall having her nails done. Custody of the dogs has been signed over to Animal Control. The woman’s name has not been released.

“These dogs, they could’ve been dead 10 minutes later. So the people that stepped up and got them out .. I give them all the credit in the world,” stated Hall. 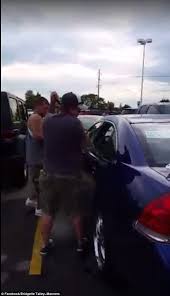 Bridgette Talley-Manners videoed the situation beginning as she peered into the windows of the vehicle. Later she posted the video to Facebook – feeling so frightened for the little black pup who just looked up at her and panted heavily. Initially her boyfriend tried to break into the car with his elbow, but had been unsuccessful.

” I think she needs to spend some time in jail. I really personally think she should be handcuffed and put in the car for two hours with the windows up … nothing to drink, nothing to eat,” Bridgette posted. 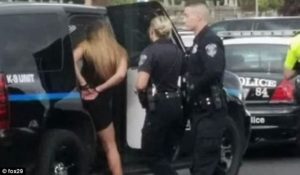 People make me sick went to the mall there was two puppies in the car that's been in there over an hour all windows were up i wish the owner would of should his or her face fucking pu$$Y thank god they seem to be ok..I am so proud of my baby for helping getting these puppies out..

(Photos and video courtesy of Bridgette Talley Manners via Facebook. No portion of this article can be rewritten without the permission of Pet Rescue Report.)

Kitten’s paw stuck in sewer cover: Dramatic rescue 2 dogs attacked with caustic chemicals in their own backyards
Scroll to top