A fire truck, en route to a fire in the Springfield neighborhood of Jacksonville, Florida, struck and killed a woman’s small dog. According to News Jax 4, the dog’s owner is upset that her dog, who she refers to as her “service dog” was killed and left in the road on Wednesday.

The fatally injured dog, Pandora, belonged to Susan Mitchell. Mitchell told News Jax 4, “They went off and left her. They did absolutely nothing until I called in. When the fire trucks went down, they came back, they left me to pick my dog up and bring her over here dead.” Mitchell went on to say that there was “no reason” for the fire truck to be “racing down” the road. 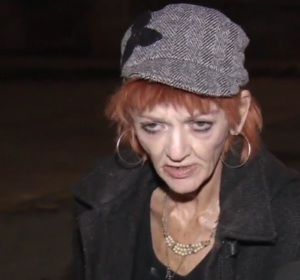 The Jacksonville Fire and Rescue crew has expressed a desire to get a new dog for Mitchell, but she is unhappy with that offer, stating that her companion could never be replaced. She is attempting to find out of the fire truck was being driven “illegally.”

No word on why the six-and-a-half-pound dog was in the road. The drive of the ladder truck stated that the dog “ran into the road and didn’t make it.”

The dog’s leash and collar were still in the road when the news crew returned to interview Mitchell – the collar appears to be attached to a retractable leash.