In Lake County, Florida, a local  woman has been charged with animal cruelty for tossing a girl’s dog over a six-foot fence because the child wouldn’t pay $20, reports Wftv9News. 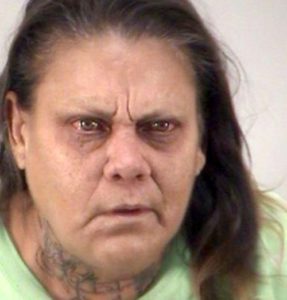 According to the Mascotte Police Department, a girl found her missing dog on Sunday at the Wildwood Avenue home of Victoria Ann Fernandez. When the girl asked Fernandez, 57, to return her dog, the woman demanded a $20 ransom fee for the dog. The girl refused and during the argument, Fernandez became “angry and agitated” and tossed the dog over the fence.

The Mascotte Police Department incident report stated one of Fernandez’ friends found the dog and gave it to her. She demanded the money for bathing and feeding the dog for the last three days. A responding officer who witnessed the dog being tossed over the fence as he arrived at the scene, arrested Fernandez. And, Fernandez did acknowledge she knew the dog belonged to the girl.

Fortunately, the dog was not seriously injured.

Shelter favorite and as gentle as can be: Sparkle’s life hangs in dan... Video: Hero search and rescue dog finds little girl alive in Italian earthquake...
Scroll to top