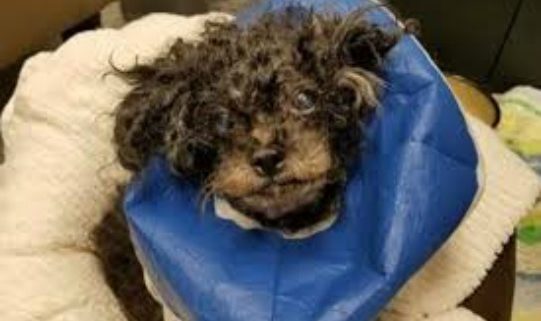 No one knows where the tired little toy poodle came from, but she is one lucky little pooch. When the exhausted toy poodle whimpered, a Good Samaritan sitting on a bench in Old Town Alexandria, followed the faint sound to the tiny dog lying on a rock in the shallow part of the Potomac River. 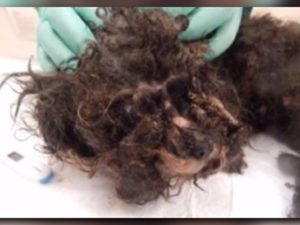 According to the Animal Welfare League of Alexandria, the rescuer waded into the water and picked up the dog. He immediately transported her to the VCA Animal Hospital where she was found to have been severely neglected. Upon examination, veterinarians discovered the following:

“Careful removal of severely matted fur exposed the presence of maggots and other skin issues. Veterinarians spent two hours cleaning and treating the toy poodle, making her comfortable until she could be transferred to the AWLA …”

Dubbed Cub E. Bear, all the exhausted toy poodle wanted to do was sleep, and when initially brought in she was completely “disinterested in engagement,” however as the days passed and she rested, a new Cub E. Bear has come to life.

“She is now the picture of vitality,” stated the organization’s Facebook post. “Lively and loving, she now demands interaction and play from every passerby, and loves playing fetch at every opportunity. She strongly objects to being left alone.”

Cub E. Bear is expected to be available for adoption later this week. To donate toward Cub E. Bear’s care, please click here. 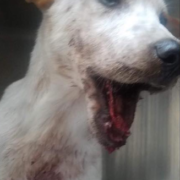 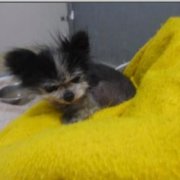 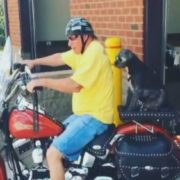 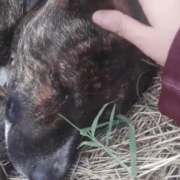 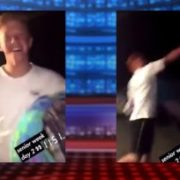 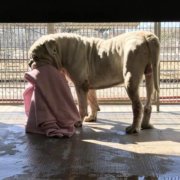 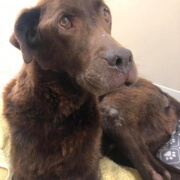 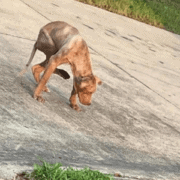