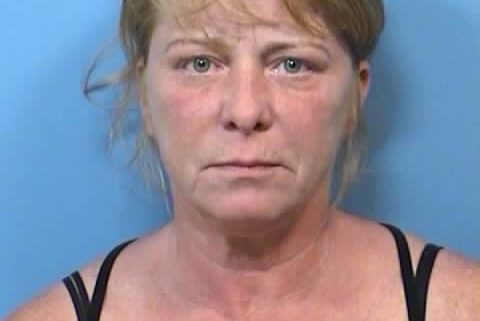 In Elmhurt, Illinois, a woman was sentenced on Monday to 90 days in jail for holding down her family’s cat while her daughter stabbed it to death last year, reports CbsLocalNews.

Kelly Palermo, 51, will spend the next 90 days in jail and 30 months of probation for her role in the stabbing death of her 14-year-old son’s cat. The disturbing situation occurred on June 10, 2015, when the cat named Zeppelin apparently bit Palermo – angering the woman. In response, Palermo and her daughter, Samantha decided to kill the cat. Kelly then held the cat down while her daughter stabbed Zeppelin. Samantha then stabbed the cat five times until Zeppelin was dead.

In between the stabbings, Kelly’s son grabbed his cat back to protect it, but the two women took the injured cat back, carried it out to the back porch and continued to stab the animal. The boy was able to call 911, and when the police arrived, Kelly originally denied harming the cat, but finally led authorities to the garbage can where the cat’s body had been thrown.

Kelly pleaded guilty to aggravated animal cruelty, but told Judge Robert Miller, she only wanted the cat out of the house so it wouldn’t hurt her children or her grandchildren. The judge ruled that Zeppelin had just been trying to “save her own life from the hands of people trying to kill her.”

In addition to jail and probation, the judge also ordered Kelly to be fit for an alcohol detection ankle monitor and fined her $5,000 to be earmarked for the county animal shelter. She is banned from owning a pet for the rest of her life. As to her daughter, Samantha, is still awaiting trial, however she has been deemed unfit to stand trial and has been undergoing therapy.

Rest in peace Zeppelin. You didn’t deserve such horrible abuse.

And when Nino’s family moved, 10-year-old loyal pup left behind

Louisiana man sentenced to 5 years in prison for beating his dog to death with...
Scroll to top