Scientists have found a drug used in humans for kidney transplants may significantly improve the hearts of our canine companions thus increasing their lives four more years, reports Ndtv. 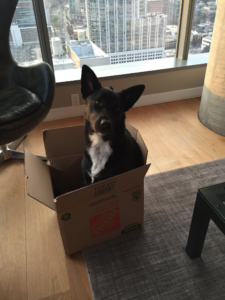 Scientists at the University of Washington, using the anti-rejection drug rapamycin on mice, have increased  their lives by more than 23 percent. If the drug has a similar impact on dogs, researchers estimate they could live an additional four years.  Dogs have been known to live until they are 29; in the wild dogs  live longer than their domesticated relatives, thereby convincing scientists it is within their scope to live longer.

Initial trials are being conducted using middle aged German shepherds and Labrador retrievers being administered low doses of the drug to test whether their health is improved and  aging is slowed  down. According to Dr. Matt Kaeberlein, the director of the healthy aging and longevity research institute of the University of Washington:

“The key findings are that there were no significant side effects associated with the rapamycin treatment, and there were statistically significant improvements in heart function in the dogs that received rapamycin relative to those that received the placebo, similar to what has been observed in older laboratory mice.”

“It is also important to recognize that we don’t have any evidence that the improvements in heart function indicate overall improvements in health or slower aging in these dogs or even what the long-term effects of rapamycin will be. We are currently finishing the analysis of the data for the dogs that completed the phase 1 study and hope to submit the results for publication within the next few months.”

The trials thus far have been extremely encouraging and are expected to last for the next three to five years. Rapamycin is an anti-inflammatory effect which effectively rids the cells of waste. Scientists do not know why some animals live longer, however one theory states some may live longer because they have had less natural predators for millions of years. Nevertheless, successful results could make a  lot of dog owners very happy.

(No portion of this article can be rewritten  without permission from Pet Rescue Report.)