You are here: Home1 / News2 / Dogs3 / Dogs put down after fatal attack were not the culprits

The dogs who were put down after being implicated in the fatal mauling of a Dallas, Texas, woman have been cleared of blame following DNA testing. According to Monday’s Associated Press, the results of the DNA testing failed to produce a link between the dogs put down, and the woman who died in the May attack.

The victim, 52-year-old Antoinette Brown, died a week after a pack of dogs attacked her in a vacant lot on Rutledge Street early on May 2. A nearby resident who could hear Brown moaning and calling for help reached out to 911 dispatch – she stated that she was too scared to go outside. A second person called 9-1-1 nearly 15 minutes later to report that the woman was still being attacked by a pack of dogs – the man advised the dispatcher that the dogs were actively attacking the woman and that he was unable to get close enough to stop the mauling. Nobody was able to identify the dogs involved in the early morning attack 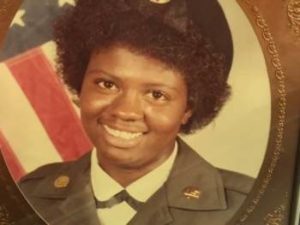 After the attack, and Brown’s death, seven dogs in the neighborhood, who were accused of frequently escaping from their yard, were surrendered by their owner and subsequently euthanized. The DNA testing ruled out those dogs as being part of the fatal attack. The case has now been closed.