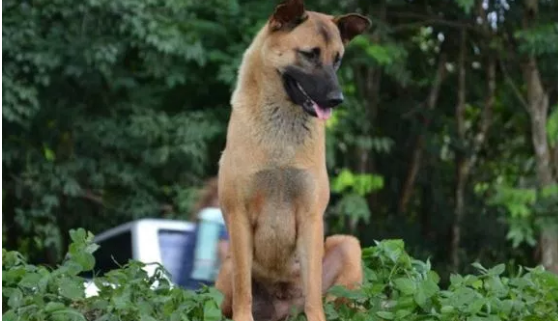 A loyal dog, who became famous because she waited for a year for her owner to retrieve her, has been killed by a car in eastern Thailand. According to Monday’s publication of the Sun U.K., the three-year-old dog, dubbed “Loung,” is believed to have fallen out of a car back in 2015 – for the next year, she waited in the same area along Sukhumvit Road, a busy highway, for her owner to return to take her home.

Though the dog’s owner never returned, residents in the area took pity on the faithful dog and brought her food to prevent her from starving. Tragically, a car traveling on the very road that she patiently waited struck the devoted pup and she has died.

According to the Bangkok Post, Loung’s devotion has touched many people and she will be buried.

New today – adoptable pup wanted more than life in the backyard, now she is homeless