A Black River Falls, Wisconsin woman laughed at a patrolman after the Sparta Police officer cut his hand while breaking into the dog owner’s hot car to rescue her dog on Friday, reports the LaCrosse Tribune. 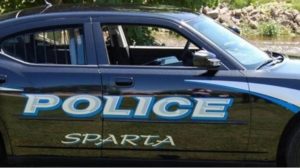 As temperatures soared into the 90s, when the officer arrived at a Walmart parking lot, he waited ten minutes for the owners to return. Store personnel had made multiple announcements to shoppers that a dog was in distress in the parking lot asking the owners to immediately report to their vehicle. No one answered when police decided to take  action.  The responding officer then broke a window, cutting his hand on the broken glass, while saving the dog.

According to a police report, the vehicle owners Santana Martinez and Melissa Rincon eventually returned to their car and “expressed their displeasure” stating, “that’s what you get” in reference to the officer’s injured hand. Both Martinez and Rincon face animal cruelty charges.