In Norman, Oklahoma, the Cleveland County deputies are asking for the public’s help finding the man alleged to have abandoned his dog in his apartment in May after he was evicted, reports KocoNews. 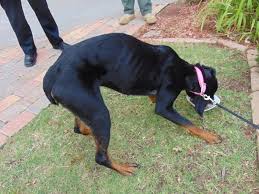 Joshia Marcellus Freeman, 24 of Norman faces felony animal cruelty charges after he left his dog locked in a kennel and hidden inside of a closet in an apartment located at 1830 12th Avenue SE on May 23. The three-year-old Rottweiler was discovered by the  property managers after she had been abandoned with no food or water. When found, the dog was covered in her own urine and feces.

“Please help us ind Joshia Freeman so that he can be held accountable for his actions. This dog suffered from extreme neglect and was failed by his owner. No animal should ever have to go through this experience,” stated Cleveland County Sheriff Joe Lester. 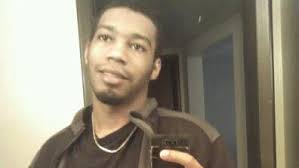 The dog is currently under the care of a veterinarian who stated she had been suffering from neglect and was underweight by at least 30 pounds.

No one has been able to contact Freeman. If anyone recognizes him or knows where he is located, contact the Cleveland County Sheriff’s Office at 405.701.8870. Help bring some justice for this dog.