You are here: Home1 / News2 / Dogs3 / Dog on death row for killing another dog has been cleared

Jeb’s owner, Kenneth Job, had surrendered the dog after the alleged killing, and a judge ordered the Malinois to be euthanized for being a “dangerous dog,” but a temporary stay of execution was granted in order to allow Job to complete DNA testing to see if his dog was actually the killer of the smaller dog.

It turns out, Jeb was innocent of the crime. On October 26, the Free Jeb-Belgian Malinois page, stated:

DNA results are in!! Jeb did NOT kill the Sawa’s Pomeranian! So let’s see how long it takes before they let him come home, he has already spent 2 months there for no reason!!!

On Wednesday, the same Facebook page posted a photo, and a post informing page followers that Jeb was safe and free, “WOOOHOOO! Freedom Ride Home!!! He is very skinny! His vet will be checking him out thoroughly! More pictures later!” 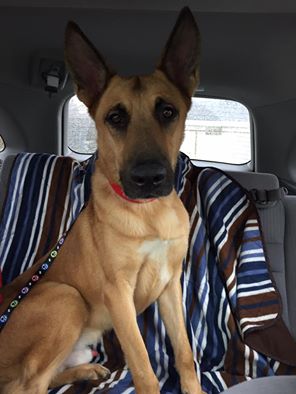 Jeb was wrongly accused, and nearly killed, though there were no eye witnesses to the killing – he was surrendered to St. Clair County Animal Control in late August after he was found standing over the neighbor’s deceased dog.

Earlier this week, DNA testing cleared several dogs accused of fatally mauling a woman in Texas – sadly, in that case, the accused dogs had already been killed at an area animal control facility.

Ailing cow, she will not be suffering anymore

Starved dog abandoned in cage in Austin
Scroll to top