You are here: Home1 / News2 / Dogs3 / Dog alerts family to fire, then dies in the blaze 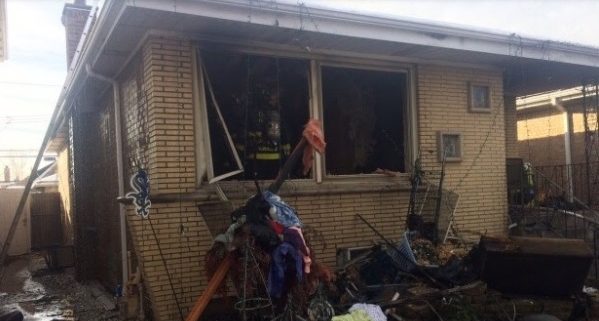 A dog was able to alert a Chicago, Illinois, couple to a deadly fire inside of their Southwest Side home this week. Tragically, Wednesday’s blaze still claimed two lives. According to the Chicago Tribune, Lori Dunn was able to escape the burning structure, but her husband, Michael Dunn, and the family dog, perished.

According to ABC 7 News, Michael Dunn helped his wife escape from their home, but he died after going back into the house to retrieve their dog. Firefighters who responded to the blaze discovered Dunn, unresponsive, near his deceased dog. Dunn was taken to a hospital, but died a short time later.

The cause of the fire remains under investigation – it is suspected that something may have gone awry with the Christmas light decorations.

The family lost everything in the blaze – a GoFundMe account has been established to help replace some of the items which were destroyed.