On Friday, the Associated Humane Society of Newark received  an emergency call in reference two suffering dogs on a hot tar roof in Newark, the organization announced on their Facebook page. 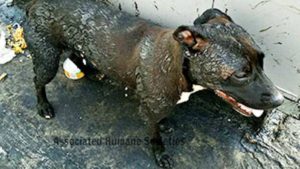 When Animal Cruelty Investigation officers arrived,  they were shocked to find a pit bull and a Yorkshire terrier frantically “dancing” on the roof trying to keep their tender foot pads from burning. According to officers, the temperature was  96 degrees on the flat, tar roof as the tar bubbled and boiled under the dogs’ paws. 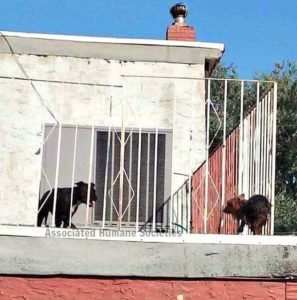 ” The Yorkie continuously ran to the edge of the roof to try to find an area that would not burn her further while the pit bull, covered in hot tar, had nearly given up hope. How can people be so incredibly cruel? At Associated Humane Societies, we ask ourselves this question every day. But in some cases, there are just no words to describe the feelings we have when we encounter situations like this one,” stated the heartbreaking post on social media. 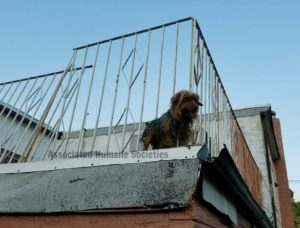 The dogs were rescued and immediately transferred to an emergency veterinarian hospital where they are listed in “guarded” condition with severe burns. Left on the roof were trays of chicken legs and rice, however the dogs had no water. Authorities are still searching for the dogs’ owners. The dogs will remain at the vet hospital until they are doing better. 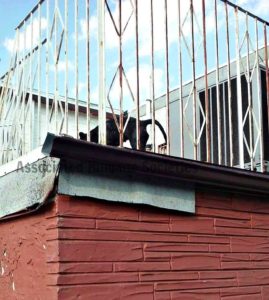 The Associated Humane Society of Newark wants to remind everyone to report any cases of animals suffering. These two dogs are alive today because someone made a call and chose not to ignore the situation and wait for the next person to contact authorities. Be the voice for those who cannot speak. Imagine the pain these dogs suffered. The photos below tell their painful story. Donations to help these two innocent dogs can be made here. 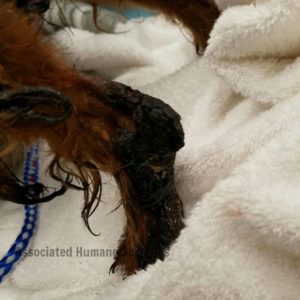 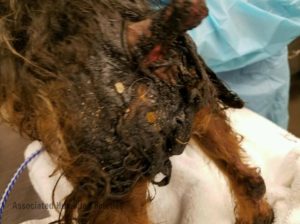 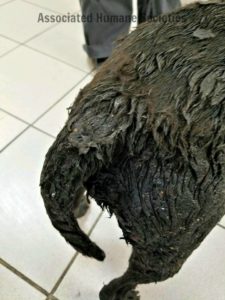 (Photos courtesy of AHS of Newark)