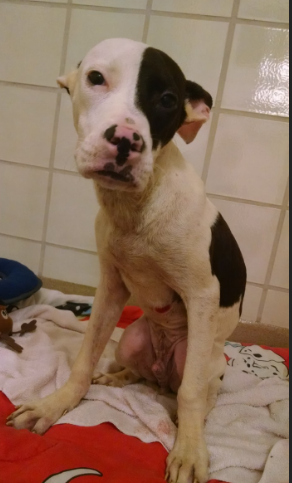 Late at night on August 4th, we received a call that a dog had been abandoned in a crate on the side of the road on Park Avenue in Gaithersburg. Our officers responded and found a 6-month-old puppy that was emaciated, soaked in urine and fecal matter, and covered with ulcerations all over his body.

The puppy, dubbed “Rascal,” is receiving veterinary care for his neglect and injuries – until the investigation has concluded, and he has recovered from his poor state of health, he will not be made available for adoption.

The animal control agency is seeking the public’s help to solve this case of cruelty. The animal services facility stated, “We need your help in finding his owners, so we can find out who did this to him. Any information should be directed to Officer Ricketts (in the video), at Angel.Ricketts@montgomerycountymd.gov or (240) 773-5922”

Devastating news: Caleb the 3-month-old tortured puppy has passed away
Scroll to top