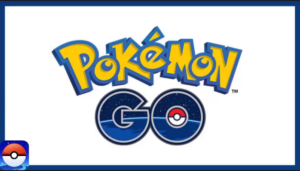 The wildly popular Pokemon Go game, which leads people on a scavenger hunt for virtual “wild” Pokémon, led a couple in Royal Oak, Michigan, to a house fire. According to Thursday’s publication of Detroit Free Press,  24-year-old Patrick Awdish, his fiancee Katelyn Zack, 21, saw smoke coming from a house on Cooper Avenue and Grandview Road and realized that the structure was on fire.

The couple phoned 9-1-1 and the prompt response of firefighters brought the blaze under control, and resulted in the rescue of a 10-year-old dog named “Stanley,” who had been alone inside of the house.

The couple had just recently downloaded the Pokemon Go game and if they had not been wandering through the area, the fire may not have been discovered as quickly as it was. Randall Bishop, the owner of the house that caught fire, commented on the unexpected heroes:

“They saved my house. They sure did. This whole Pokemon thing is obviously a positive, in our aspect.”

The fire is believed to have started on a deck, inside of a planter box that was filled with cigarette butts and wood chips.

Enjoy another feel-good story, about a “fugitive K9,” at this link.

Dumped at shelter for being ‘too big’ dog’s death sentence... Bittersweet rescue of a mother dog and her newborn puppies
Scroll to top