You are here: Home1 / News2 / Dogs3 / County wants to put down ‘Marley,’ dog rescued by veteran 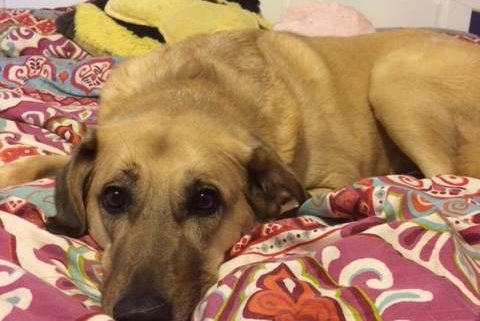 Marley, a dog who was brought from Afghanistan to Florida by a veteran, is at risk of being put down. The German shepherd mix dog, owned by Johnothan Jones, has been involved in multiple bite situations which have put his life in jeopardy.

According to NWF Daily News, Marley first got into trouble in 2011 when he became distressed by kids who were “roughhousing” with masks and toy guns – one of the children involved in the rough play was bitten and that bite landed Marley in the “dog house.” The same child was bitten a second time by Marley in another incident involving wrestling over a dog toy.

The bites landed Marley behind bars at an animal shelter, but he was finally released after nearly a year of confinement. Unfortunately, more trouble was to be had for the beleaguered dog. In October, a 12-year-old spooked Marley while he was sleeping with his owners…Marley was allegedly startled by the child and reacted.

Now, Marley is once again in grave danger – at risk of being euthanized. His owner is in trouble as well – according to MyPanHandle News, Jones is facing a misdemeanor charge for the bite incident, and if he is convicted, he could be sent to jail for a year.

A petition, asking for the Dangerous Dog designation to be removed from Marley, has been created (click here to read more). Over 216,000 people have signed the petition so far.

On Thursday, the Facebook page established to help save Marley from death, posted an update:

Marley is currently being held by Bay County Animal Control. We are fighting his incarceration and the false and misleading information they are pushing for their agenda to punish us for our year long fight to save him. We hope Marley can be placed in a rescue/sanctuary setting, which is what we wanted all along, but they refused to allow it. Thank you for your continued support and prayers for Marley and my family through this tough time.