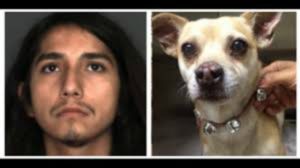 Arrested on Monday, Isaiah Sais brought his dog named Jack Sparrow to an Upland emergency veterinarian hospital on July 5, stating he thought his dog had ingested the drug after finding it in the house. When veterinarian, Dr. Allison Pope examined the dog, little Jack Sparrow had been suffering from convulsions, seizures and an irregular heartbeat.

Upon testing the dog and the results coming back positive for drugs, Sais declined treatment, took his dog and left the building. The veterinarian  office immediately contacted Animal Services, who with the Fontana Police, went to Sais’ home and seized the dog; described as living in a “state of neglect.”

“There was the smell of urine in his fur and his nails were overgrown,” had been announced in a press statement from Fontana Animal Services, indicating the dog may have been confined indoors for months. “We don’t know exactly how the dog ingested the meth, but it’s reasonable to assume that it could have been accessible to children.” 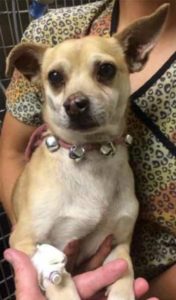 Fortunately, Jack Sparrow remains in stable condition and is expected to be transferred to a foster home where he will continue to recuperate and be cared for until the resolution of the case.