You are here: Home1 / News2 / Cats3 / Cat accidentally trapped inside of pillar in new construction home 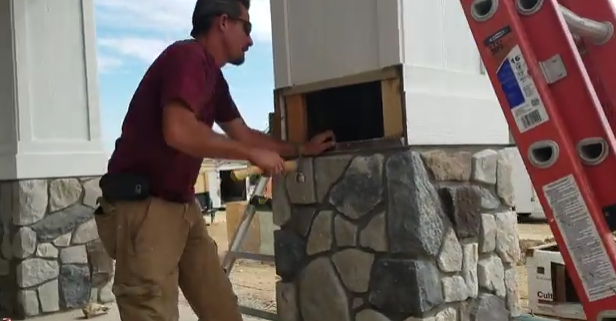 A cat was trapped for an estimated two weeks inside of a pillar at a new construction home in Idaho. According to Monday’s publication of UPI, the cat was discovered when construction workers heard a soft meow from inside of the sealed pillar.

The wife of contractor Stephan Beynun captured video of the workers cutting into the pillar to save the cat. The description for the video, which was published on September 22 on YouTube, reads:

Stephan Beynun (my husband), was working at a new home construction site when another contractor overheard a cat crying from inside of an enclosed pillar. There was no way for it to escape, so the men had to quickly saw open the pillar in order to save this cat who had been trapped inside for almost 2 weeks! The builder was completely unaware that there was a cat hiding within the walls before enclosing the pillar and we were all happy to see it run free, towards it’s home!

Click here to watch the video of the cat’s rescue.