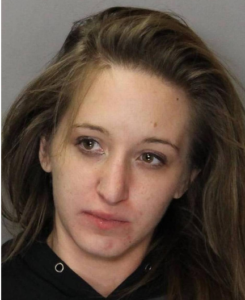 A California woman, accused of stealing and torturing dogs, is scheduled to go on trial later this month in Sacramento Superior Court. According to Thursday’s publication of the Sacramento Bee, 23-year-old Kayla Wright’s trial is set for July 28 for her alleged crimes which took place in December 2014.

Wright is facing charges of felony animal torture and theft for an incident which left one dog, apparently strangled to death with a speaker wire, dead. Another dog, also allegedly stolen by Wright, was found with its snout bound in tape and wire around the neck.

According to a prior publication of the Sacramento Bee, on December 26, a man in the Carmichael neighborhood had reported that his dogs were missing from his yard – one dog was later found cowering beneath a vehicle and another returned home with the taped snout and speaker wire; the body of a third dog was found in a trash container.

Wright was arrested in January 2015 – neighborhood surveillance provided the authorities with evidence to make the arrest possible.