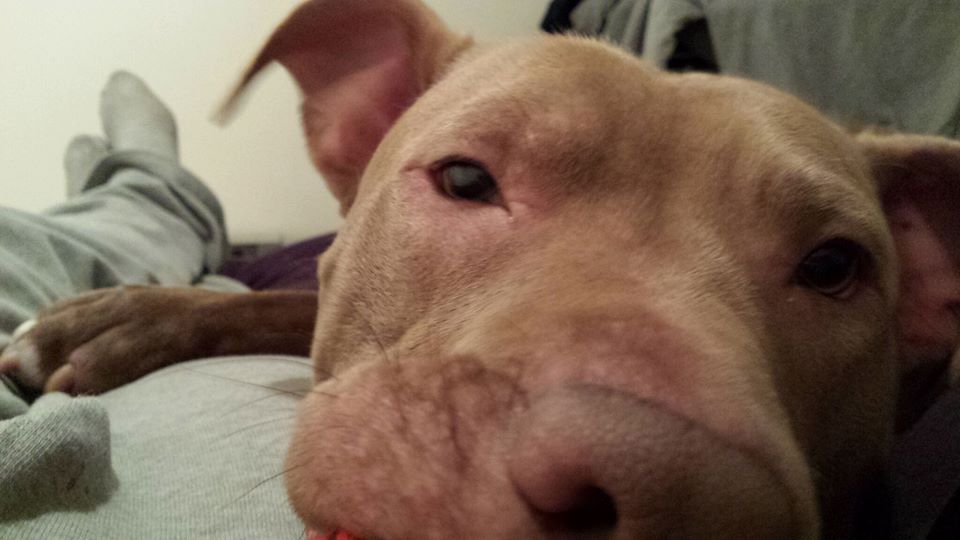 Thousands of people from across the world have put their support behind a pit bull type of dog named “Hank” who was seized from his family in Belfast, Ireland, because of his appearance and breed specific legislation. On Thursday, the “Save Hank” Facebook page made a huge announcement with a simple hashtag which reads “#‎hanksbeensaved‬.”

Shortly before the “Hanksbeensaved” comment, the Facebook page offered a positive update to followers, “We have received word from BCC that their assessment has concluded. They have deemed Hank to be “Pitbull Terrier type” but his “temperament is such that it does not pose a risk to the public”. The court hearing for the exemption order is set for next Tuesday. Effectively this means that Hank will almost certainly come home on Tuesday!!”

Hank, who is reported to be a Staffie/Labrador retriever mix, was seized from his family by eight police officers and four dog wardens on July 14. Hank’s owners,  Joanne Meadows and Leonard Collins, proceeded to fight to save their beloved dog. Over 270,000 people signed a Change.org petition on Hank’s behalf and high-profile celebrities, including trainer Victoria Stilwell and broadcaster Dermot O’Leary, were vocal in their support of the seized dog.

One dog left behind after adoption event finds home and is returned Dog locked in closet in kennel 30 pounds underweight: Search on for owner
Scroll to top