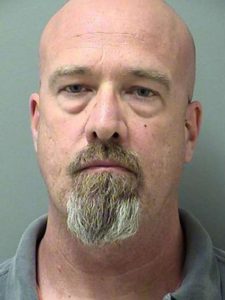 A former Cherokee County school resource officer has a good deal of explaining to do after authorities in Georgia discovered the body of a dog at a residence in Paulding County. Daniel Peabody, formerly a lieutenant with the Cherokee schools police department, was arrested and came under close scrutiny after his canine partner, Inca, died of heatstroke after allegedly being forgotten inside of a patrol car under Peabody’s watch.

According to WSBTV News, an investigation led Cherokee County Marshal’s Office officials to the Paulding County home, where Peabody used to live; the remains on the property appear to belong to a 10-year-old Belgian Malinois who was likely related to Inca, the four-year-old dog who perished in the hot patrol car in June. The dog found at the Paulding County property died after being shot. 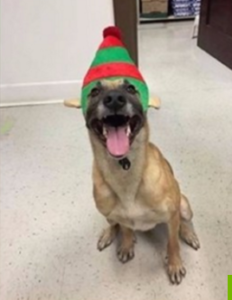 During the course of the investigation it was revealed that another dog, a yellow Labrador retriever named “Dale,” died while in the care of Peabody. According to the Atlanta Journal Constitution, the former officer had claimed that the dog died after choking on a tennis ball, but evidence showed that the dog had actually been shot.

Peabody isn’t talking and has “lawyered up” reports WSBTV –  he is facing a felony animal cruelty charge, in addition to charges for lying to investigators.

Heartbroken and defeated, dumped dog stares into the wall of his shelter pr... Disturbing video of fireworks set off near dog sparks animal cruelty invest...
Scroll to top