An 18-year-old faces animal cruelty charges after a disturbing Facebook video surfaced in Manitoba showing the man allegedly tossing a puppy into the air and then letting it  violently crash onto the pavement, reports the MetroNews. 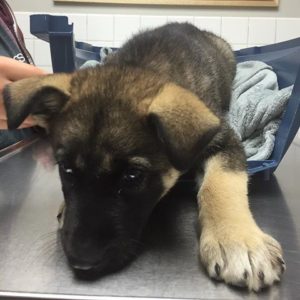 According to the Chemawawin RCMP, the video was filmed in Easterville, Manitoba and shows a man in a red shirt holding a brown German shepherd puppy in his arms. While he is stroking the dog gently on its head, another person can be heard laughing and calling him”the dog killer.”

“I’m not going to kill it, I’ll feel bad,” quips the teen holding the puppy.

But then the cruelty began. He flips the dog up into the air at least six feet, and then the puppy slams to the pavement. She yelps in pain and continues to cry until the video ends as she sits up. 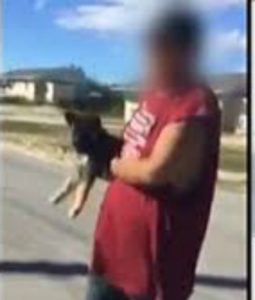 The puppy has since been rescued and is in the custody of the Manitoba Underdogs Rescue where the tiny female pup is being treated at the Winnipeg Animal Emergency Hospital. At this time, she is not able to walk or use her back legs. She is unable to bear any weight on her left side, but scoots herself across the floor to move. A Facebook page update on the pup, now dubbed Asha, gives more details about her condition:

“She has made it to Winnipeg Animal Emergency Hospital! She is a bit brighter than expected. However, she still will not walk. She is staying with WAEH overnight to rest and receive a good dose of pain medication, and will be off to Dakota Veterinary Hospital in the morning for further assessment.” 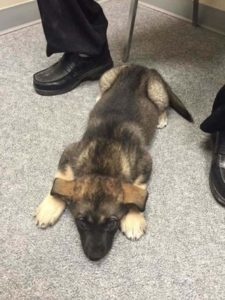 (The video is available for viewing by clicking here. Please be advised it is very disturbing and graphic)

The suspect has not been charged, but does remain in police custody.

To help Asha, donations can be made to the Manitoba Underdogs Rescue by clicking here or directly to the  Dakota Veterinary Hospital by calling 204-960-7667 or visiting them at 1026 St. Mary’s Road. Donations over $20 receive a tax receipt.