In a disturbing case of animal cruelty in Baltimore, Maryland, two animal rights organizations have offered up to $10,000 in reward funds for information leading to the arrest and conviction of the culprits involved  in putting a small dog into a garbage bag and setting it on fire, reports Fox News. 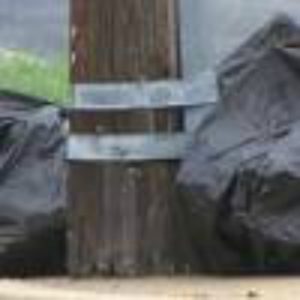 On July 27, police and firefighters found the body of a  small terrier mix on Hamlet  Avenue. When firefighters arrived the black plastic garbage bag had been in flames. The dog had already died by the time the fire was extinguished. Authorities believe the dog had been a family pet; he was still wearing his red harness when stuffed in the bag. The Humane Society of the United States and People for the Ethical Treatment of Animals are each offering rewards  up to $5,000 for tips.

“When I hear stories like this, it’s really horrifying…especially this one. It’s really sick,” stated Baltimore Animal Rescue and Care Shelter’s spokesperson, Bailey Deacon. “When you have something like this happen to an animal, there’s a direct link between abuse to animals and abuse to humans.”

Anyone with information is asked to call Metro Crime Stoppers aat 1-866-7LOCKUP.