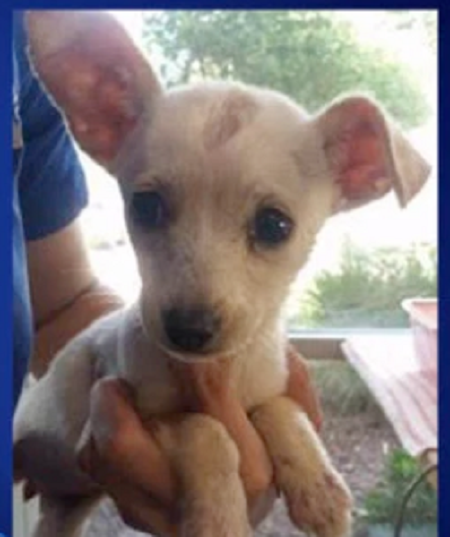 The Cedar Hill, Texas, Animal Control is hoping to find out who is responsible for the cruel abandonment of a puppy who was found in the trash a few days ago. According to Friday’s CBS DFW News, a woman discovered a tiny Chihuahua puppy, weighing in at just two-pounds, in a trash can on Wednesday.

The good Samaritan made the disturbing find after hearing whimpering coming from a trash container. Fortunately for the puppy, the woman investigated and found the dehydrated pup, since dubbed “Treasure,” at the bottom of the container…had the pup’s cries not been heard, nobody might have ever known that Treasure was in the trash because the garbage trucks were in the area doing scheduled pick-ups.

Treasure was transported to the Tri-City Animal Shelter and she will have to undergo surgery for multiple hernias. The local animal control is hoping that someone will provide them with a tip about whoever is responsible for throwing little Treasure away – anyone with information is asked to call 972-223-6111.