More than 70 dogs and cats belonging to the TLU Rescue were removed from two different properties on Friday night, reports humane officers in a press release from the Ohio SPCA & Humane Society and the Ohio SPCA Response Team. 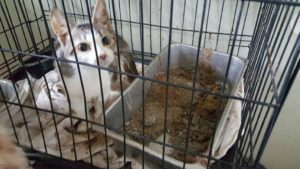 Officers from the Blufton Police Department arrived at the TLU Rescue located at 142 Vance Street in Blufton and at the owner’s home located on Greding Street to find unsanitary conditions prompting authorities to remove 18 dogs from the residence. 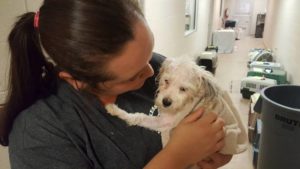 The animals were transported to the Ohio SPCA & Humane Society Adoption Center. The following day the Ohio SPCA Response Team removed all of the dogs and cats from the shelter.

According to Executive director for the Ohio SPCA, Teresa Landon, conditions were described as “beyond horrific.” Dogs and cats were stacked in rusty cages and wallowed in their own excrement. Ammonia levels were staggering as litter boxes and counter tops overflowed in urine and feces. 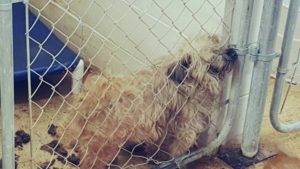 All of the animals required immediate veterinary help – many with infections and suffering from dental disease. One dog could not be saved; he was humanely euthanized to end his suffering stated the Ohio SPCA.

An update on the Ohio SPCA & Humane Society’s Facebook page assures the organization’s followers everything to provide for the rescued animals is now being done. Criminal charges are expected to be filed as soon as the full veterinarian report is completed.

“We understand that people have many questions about the removal of animals from the TLU Rescue in Bluffton, Ohio. Please understand that this is a criminal case and details will not be released. The animals are safe, clean, and receiving vet care. Sadly, one life was lost. Our work is often heartbreaking. The happy ending pictures of adoptions are the result of the behind-the-scenes work.” 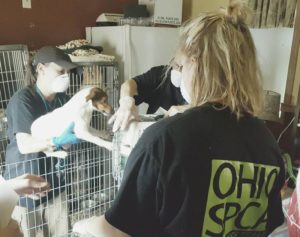 Miracle puppy beats the odds after 400+ bee stings Family’s Jack Russell paralyzed after he was ‘shocked’ by...
Scroll to top