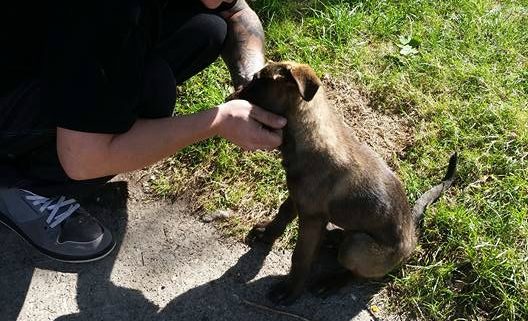 In a very disturbing case of animal cruelty involving a seven-year-old little girl, serious allegations of a dog thrown from a second-story window have been reported to the rescue organization Detroit Pit Crew. 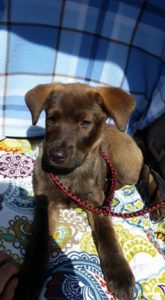 According to FoxNews2, the station’s reporter, Dave Spencer asked the woman  living in the home in southwest Detroit about alleged animal cruelty including a puppy reported to have had broken legs. The woman interviewed did not deny what had happened and told Spencer:

“This is a seven-year-old girl. I was not home and she didn’t know what she was doing. And she dropped the dog on accident out of the window.”

Detroit Pit Crew, however has a different version of what is alleged to have happened; stating two “puppies” had been thrown out of the second floor window, and they suffered broken bones which were never treated. Animal Control has since seized the puppies. Tragically, however there have been more pets abused, as with a kitten that had been swung around by one leg and then thrown at a dog. The woman denied the child had abused the kitten, and said the little girl carries her pet around like “it’s a baby.”

On the organization’s Facebook page, the following report was shared with the rescue’s followers:

“Sadly we received a report about some children, specifically a 7 year old girl, that has been abusing animals, both cats and dogs. She has thrown two puppies from a second story window, causing them serious injury, which went untreated; and most recently she picked up a kitten swinging it by the tail and leg then throwing it at a dog. We spoke with one of her parents today, the mother, who admits that her child has abused animals but clearly doesn’t care. Luckily we were able to rescue this sweet puppy out of the situation, however we are concerned that there may be more animals in danger at the location, so we are in contact with law enforcement as well as child protective services.”

The puppy has been examined by a veterinarian and although malnourished and lethargic, is expected to recover and will then be available for adoption.  Child Protective Services and the police are investigating the situation.

Nearly 45,000 wild horses may be put down by government