A disturbing video of a New South Wales greyhound trainer, allegedly using a cattle prod on a dog, has been referred to authorities, reports AbcNewsAustralia. 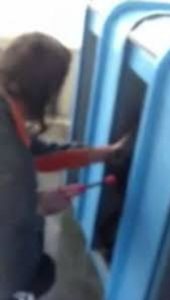 The egregious offense, filmed at Newcastle’s “The Gardens” track in 2012, shows a now identified trainer, using a 6,000 volt shock electric cattle prod (meant for cautious use only on adult cattle) on a dog as it waits in the starting box. The video just came to the attention of greyhound racing authorities in the past two months.

Greyhound racing has been banned in New South Wales beginning July 1, 2017, with Premier Mike Baird stating the “widespread and systemic mistreatment of animals” can not be tolerated. The ruling becomes the first state in Australia to ban greyhound racing, which followed after overwhelming evidence of animal cruelty, including the mass killing of dogs and live baiting. Most shocking were records showing between 48,000 – 68,000 dogs killed in the past 12 years in NSW because they were either not suitable for racing or too slow.

In the latest discovery, Greyhound Racing NSW’s interim chief executive officer Paul Newsom, said in a statement, the evidence and video were turned over to authorities for possible criminal charges for those involved in animal cruelty. 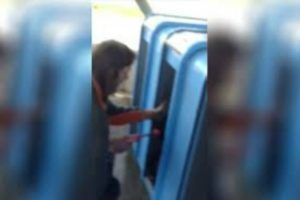 Shatha Hamade, of Animals Australia stated the video provided further proof  the decision to stop racing was justified. “This is another sickening example of the kind of cruelty that trainers in this industry are prepared and willing to inflict, and all for the sake of winning a prize purse,”  Hamade stated. “The pain that the dog would be experiencing would be nothing short of torture.”

Industry proponents had recently launched an attempt to reverse the decision on next year’s ban. Read more about this terrible issue here.

Heartbreaking separation as family cries when forced to leave pets at shelt... German shepherd howls with the wolves while watching Zootopia on television
Scroll to top