In Madison, Tennessee, the American Society for the Prevention of Cruelty to Animals (ASPCA) assisted in the removal and care of 41 dogs from horrible living conditions on Tuesday. 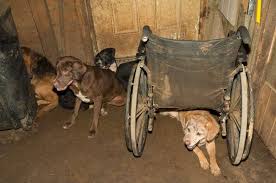 According to a press release by the organization, the Metro Animal Care and Control responding to numerous complaints about Happy Endings Animal Rescue, located just north of Nashville, found dogs living in filth both inside an overcrowded house and in outdoor kennels.  Authorities discovered 22 dogs in one room, with inches of feces covering the floor. Many of the dogs  suffer from medical issues including emaciation, dental disease and severe hair loss. Some have not been spayed or neutered nor did they have access to food or water. 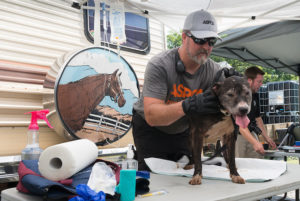 “What we found here is horrific. The facility claimed to be a safe place for animals, but the truth is these dogs were suffering greatly, both physically and emotionally,” stated Kathryn Destreza, investigations director for the ASPCA. 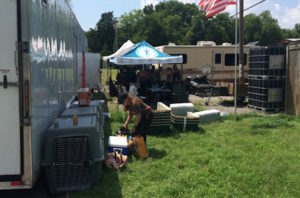 Happy Endings Animal Rescue described themselves as a “no kill” shelter. The Nashville Police Department executed a warrant to remove all of the dogs; the owner, David Gosselin, was arrested on charges of animal cruelty. Since 2009, Metro Animal Care and Control have dealt with numerous complaints for “routinely failing to provide basic shelter, food, water and veterinary care to the dogs.” 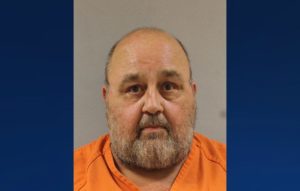 According to WsmvNews, neighbor Jamichael Alexander, who lives across the street from the rescue, stated Gosselin had been abusive to the animals for years. Alexander stated when he walked down the street, the dogs would bark, but then he would hear Gosselin beat the dogs to make them be quiet. 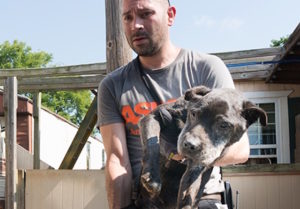 “He told them to shut up, and they kept barking. He got upset and grabbed one by the neck and ran them together, went to get a paddle and kept beating them,” Alexander stated. 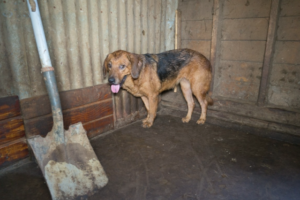 The dogs have been taken to an undisclosed location where they are being treated. Please make a life-saving donation to the ASPCA today.