At a filthy and garbage strewn home near Lake Mathews in LaSierra, California, more than 30 malnourished dogs were found on Wednesday, reports the Press Enterprise. 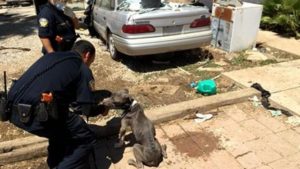 “The place is a mess,” stated John Welsh for the Department of Animal Services about a multi-acre property where about six bodies of dead dogs had been discovered near Greentree Drive, less than a mile north of the lake. 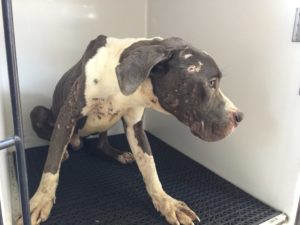 Some of the dogs had died in the house. Many of the dogs were found in the urine and feces-filled home. Old cars, engines, aquariums and other debris were strewn through out the property.  Welsh called the situation a clear case of animal neglect, however the owner of the dogs was nowhere to be found. 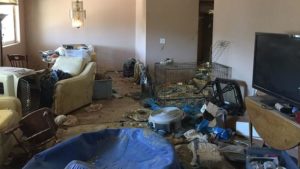 All of the dogs acted friendly and seemed grateful towards their rescuers. According to AbcNews, Riverside County Department of Animal Services officials will be caring for the dogs. It is believed the owner of the dogs may have been breeding them in the past. This is a developing story, and more details will be provided. 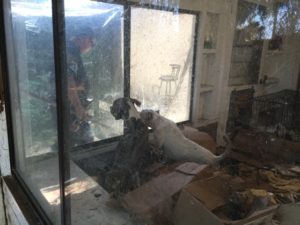 The photos of the dogs and how they lived (and died) are heartbreaking.