In Joplin, Missouri five people and two comfort dogs were the victims of an apparent random shooting on Saturday morning as they traveled in two vehicles, reports the Joplin Globe. 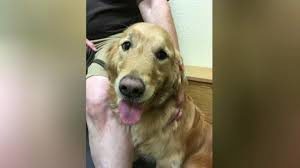 Tom S. Mourning II, 26 surrendered to authorities after he led Joplin police on a vehicle chase. According to Captain Bob Higginbotham of the Joplin Police, no motive has been given for the shootings which began after the Mourning’s father called police his son has been shooting at the family’s home. 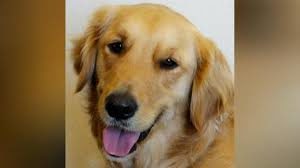 “This came out of the blue and all of a sudden people were shot and going to the hospital,” stated Jason Glaskey, director of the comfort dog ministry for the Immanuel Lutheran Church.

Three people in the van, including the driver were either shot or injured by flying glass from the vehicle. One of the dog’s Louie was shot in the neck. The bullet has since been removed and the dog is recovering. The other dog Jackson had a bullet injury to his ear. The church van had been headed to St. Louis for a meeting concerning the comfort dog ministry.

After firing at the van in an intersection, Mourning is alleged to have shot at a pickup truck. The driver was shot multiple times, has been hospitalized and is in serious but stable condition. A passenger in the truck was also wounded. According to a press conference, Joplin Police Chief Matt Stewart stated Mourning faces five counts of assault, five counts of armed criminal action and three counts of unlawful use of a weapon. 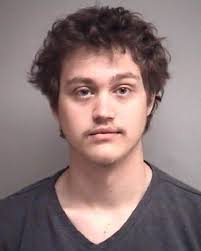 “Please keep the members of our Immanuel-Joplin Comfort Dog team in your prayers, as well as the other individuals involved in this morning’s shooting spree in Joplin. One of our members is in critical care after being shot in the lung. Another was shot in the arm. Another took glass fragments to the head. All are out of surgery and in stable condition. The other Comfort Dog team humans were not physically harmed… Our two Comfort Dogs Jackson and Louie, both sustained bullet wounds. Jackson was shot through the ear flap, and Louie in the neck. Louie is now out of surgery. The bullet slug was successfully removed… Please pray for the man who did this. We are thankful that he is in custody, and pray that he will receive the help that he needs, finding the grace and forgiveness that comes in Christ alone… Praise God that He has protected the people of our congregation and our city once again. Thank you for your continued prayers and support.”

Mourning II is being held in lieu of $1.3 million dollar bond.