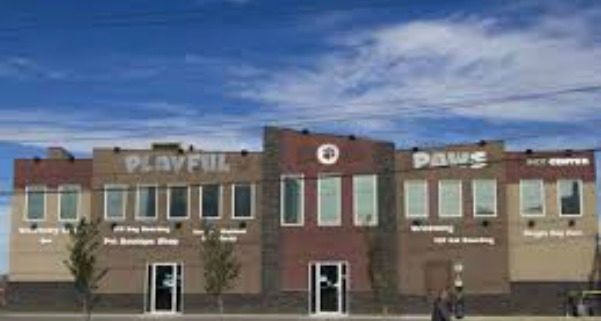 In a heartbreaking tragedy, a boarding kennel in Saskatoon lost 14 dogs to heat exhaustion after a heater malfunctioned while the dogs were being boarded overnight in one of the rooms.

On a Facebook entry Saturday afternoon, the Playful Paws Pet Centre in Sutherland posted that a mechanical failure had caused the heater to push out hot air to one of the upstairs windowless rooms where the large sized dogs had been housed:

“The staff and management of Playful Paws Pet Centre are devastated to acknowledge the loss of life of 14 dogs on early Saturday morning. We are incredibly saddened by this travesty of life and cannot express enough our sympathy to the families of these dogs. We have been able to contact most of the dog owners and are constantly trying to reach the remaining few.
A mechanical failure on one of our roof top heating units caused it to continuously push heat into one of our upstairs kennel rooms, to the point that the dogs being kept there passed away.
We love our dogs and each of our team is trying to personally cope with this terrible loss. Having said that we understand that our pain is small compared to the loss that is being experienced by our dog’s owners. Our sincerest of sympathy goes out to all of these individuals and the family and friends who loved these dogs.”

According to Global News,  employees discovered the dead dogs when they came to check on them Saturday morning. Dog owners, who have used Playful Paws to care for their pets, continue to post their outrage online because the company’s website promises, “The dogs are under constant supervision.”

Manager Bonnie Clark is devastated, and described how the heater had malfunctioned, stating that a company regularly comes in to check the system – and that it had been checked within the last month.

“The heating system was given an indication it needed to make heat, when it didn’t. It started the heat and then it didn’t shut off so it caused that room to overheat.”

The Toronto Sun reports however, an employee reported anonymously, the dogs became uncomfortably warm late Friday afternoon as temperatures increased into the evening. Before employees left for the night, fans were placed in the room. The next morning the dogs were all dead. The employee stated the windowless room often heats up, but not the way it did on Friday evening. The large breed dogs that died included  a Border collie, a Newfoundland,  Golden Retriever, a Catahoula and a Border collieandGerman shepherd puppy mix.

Animal Control has been notified and will be investigating the tragic situation. Rest in peace sweet dogs.

Depraved man who had sex with his dog sentenced to prison